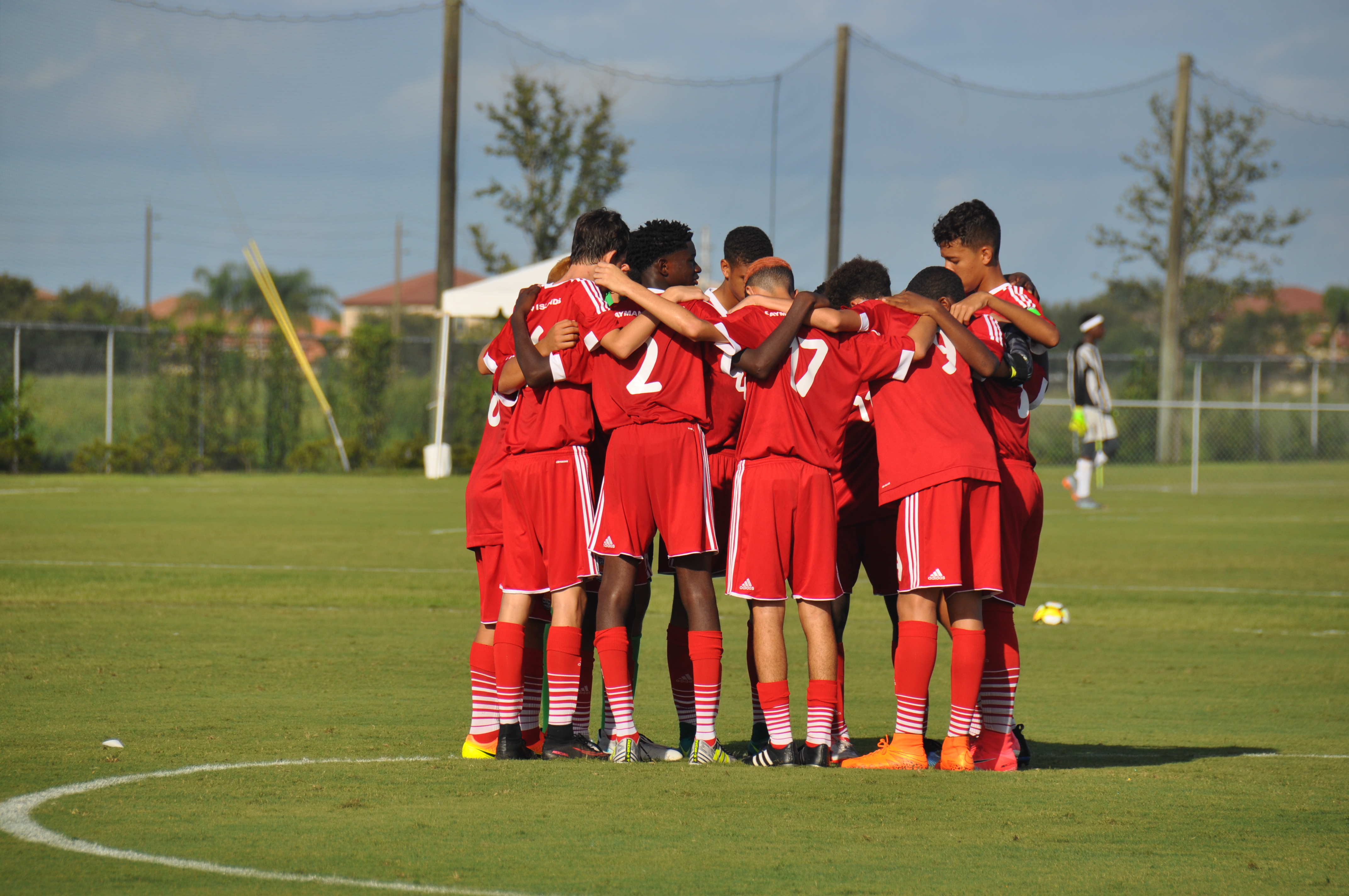 The Cayman Islands Under 15 Boys’ National Football team opened the 2017 CONCACAF Under 15 Boys’ Championships on Sunday, August 13 with a narrow 3-2 victory over Aruba at the IMG Academy in Bradenton, Florida.

Corey Smith was the deciding factor in a tightly contested encounter as he  slammed home the winner late in the game after Gunnar Studenhofft had claimed the lead for the Cayman Islands with two first half goals.

The game began at a sluggish pace with both teams trying to find their feet in the withering Florida heat. The two debutants were making their first international appearance in a major youth tournament so a somewhat slow start was expected. The local boys were ‘prodding and poking’ as they set to take advantage of their quickness down the flanks with Corey Smith on the left and Jahmai Griffiths commanding the right side.

In the 16th minute, Cayman took the lead from a well-worked set play as Gunnar Studenhofft rose high above the Aruba defence to head home the opener from a wonderfully floated corner off the boot of Jonah Sigsworth.

In the 25th minute, young Studenhofft added to his and his team’s tally as he tapped in Cayman’s second goal of the day after Corey Smith did well in getting to the end line and cutting the ball back for his forward to finish.

With the two-goal advantage, the local boys comfortably eased into their passing game until the half time whistle sounded.

David Pitcairn and Victor Thompson were brought in at half time for Jahmai Griffiths and Jonah Sigsworth respectively.

The second half began much like the first with sluggish and disjointed play and Cayman’s failure to find their passing rhythm resulted in Aruba’s first goal in the 47th minute.

Aruba equalized in the 54th minute after Cayman’s goal keeper Theo Whiteside pulled off an excellent reflex save from a point blank shot. Unfortunately for the young keeper, the resulting rebound wasn’t cleared by his defence and an  Aruban forward was quicker to react as he bundled the ball over the line to bring the teams level.

With fatigue setting in and both teams obviously tiring in the Florida sun, play significantly deteriorated on both sides of the ball and that resulted in too many niggling fouls being called.

In an attempt to change the game back in Cayman’s favour, Joshua Small and Jahrion Bodden were introduced for two-goal hero Gunnar Studenhofft and Ciaron Haylock.

With the game entering the final 10 minutes, Cayman’s Corey Smith gathered a pass from Barry-Dre Tibbetts on his customary left flank and set off on controlled run passing the flailing right back before blasting a well-placed shot into the far corner for the winner.

With the final whistle sounding not long after Smith’s winner, the Cayman Islands’ bench erupted with cheers and ‘fist pumps’ as the young team sealed their first international victory.

Following the all-important win, Head Coach Bruce Sigsworth said, “We started the game well and were deserving of the two-goal lead. Unfortunately, we relaxed too much and allowed Aruba back into the game. Following the equalizer, the boys dug deep and were able to pull it out late in the game. It was definitely a valuable learning experience and one I hope they will learn from as we prepare for the two remaining games in the group. It was gratifying to win our first official international game and we can only get better.”