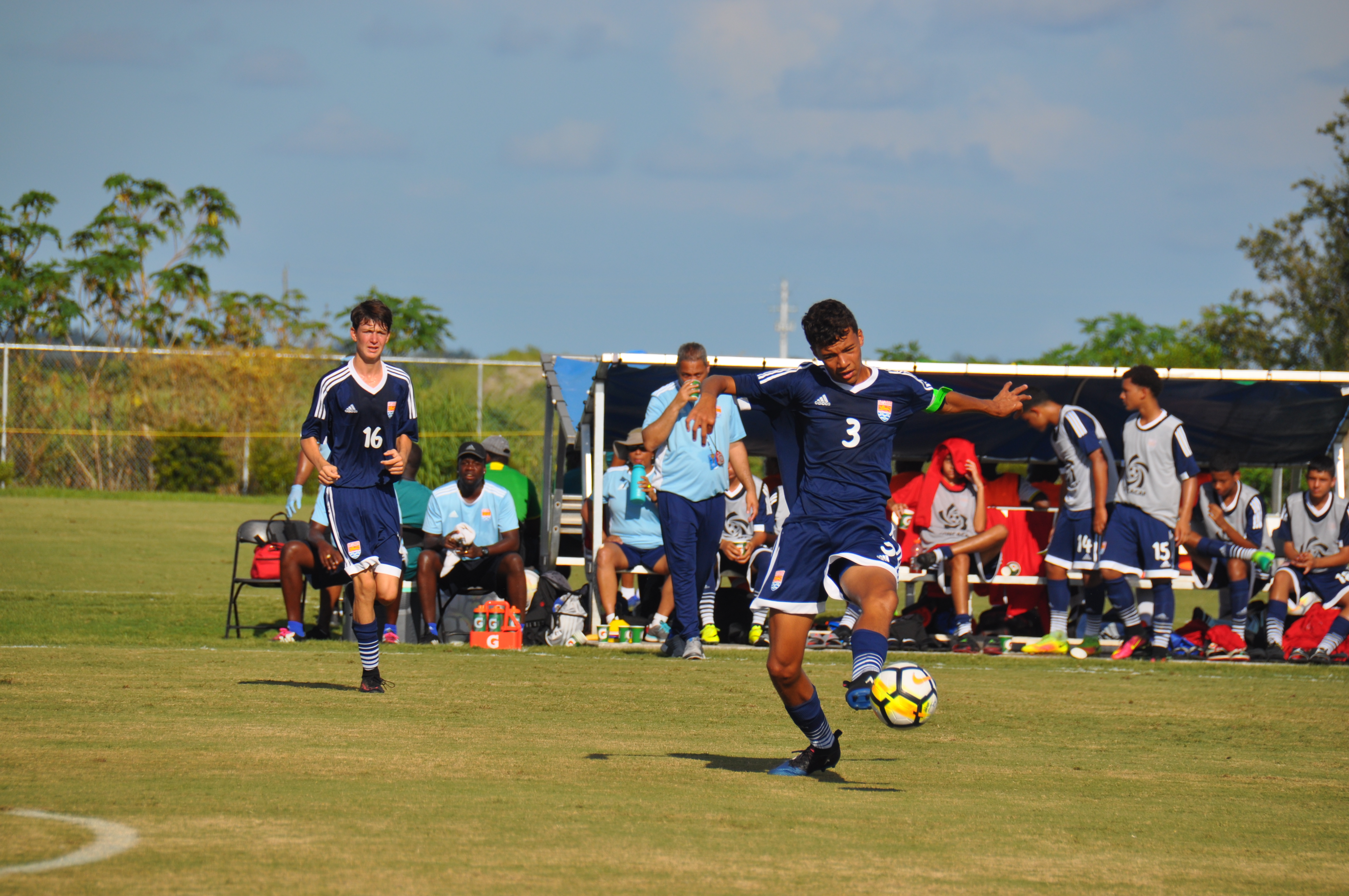 The Cayman Islands Under 15 Boys’ National Football secured a second victory in the CONCACAF Under 15 Boys’ Championships with a 3-1 win over Bonaire on Tuesday, August 15 at the IMG Academy in Bradenton, Florida.

Fresh off their opening victory over Aruba on Sunday morning, the coaching staff took the decision to remain with the same starting line-up.

Eager to begin the game on a positive note, the local boys attacked from the opening whistle and in the space of 10 minutes, the Bonaire defence was barely hanging on as Cayman notched five shots on target.

In the 14th minute, Cayman took the lead. Corey Smith broke down the left flank and sent a low cross into Bonaire’s penalty area where Gunnar Studenhofft was lurking. Young Studenhofft could only lift his shot on to the crossbar but Jahmai Griffiths was on hand to finish off the rebound.

With the early lead, the local boys settled into the game and began spraying passes from side to side.

In the 34th minute, Cayman added to their lead and goal scorer Jahmai Griffiths was again involved. His low drive from just outside the penalty area was parried by Bonaire’s goal keeper directly into the path of Jonah Sigsworth who made no mistake with his effort.

Comfortable with the 2-0 lead going into half time, the local boys had played a very good half but with 35 minutes to go, the key to winning the game would be to avoid a ‘meltdown’ and allow Bonaire back into the game.

In the 54th minute, Bonaire pulled a goal back after a lapse in the Cayman defence.

With six players entering the fray in a relatively short period of time, the local boys ‘discovered their second wind’ as Kameron Bennett restored his team’s two-goal lead as he cut in from the left flank, rounded the Bonaire goal keeper before depositing his shot into the empty net.

Team captain Luke Byles came very close to extending the local boys’ lead but his headed effort from a corner smashed against the post.

Kameron Bennett and Joshua Small had opportunities to add to the lead but their efforts were thwarted by some last ditched defending from Bonaire’s defence.

Cayman’s central defenders Luke Byles and Tommy Kehoe and central midfielders Micah O’Garro and Barry-Dre Tibbetts, along with goal keeper Theo Whiteside, were exceptional throughout the game. Their staunch defending and vision going forward contributed greatly to the valuable win.